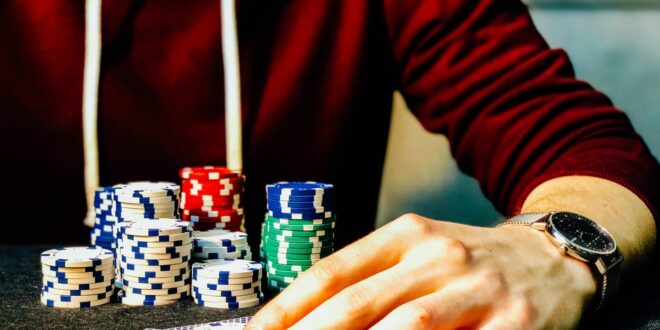 Poker is a game that’s enjoyed by millions of people right around the world. Its appeal is broad with a following that includes men and women of all ages and many different backgrounds.

There are few competitions where you could find a mechanic, a lawyer, a business person, a shop assistant, and a professional athlete all competing together on equal terms.

Since the early 2000s, there have been numerous instances of everyday people learning to play online before going on to win major tournaments like the World Series of Poker and the European Poker Tour. One of the most well-known is Chris Moneymaker, an accountant who qualified for the WSOP through an online satellite competition and went on to win the Main Event.

Like famous athletes in every other sport, these poker legends have helped to inspire many other people to get into playing poker. If you’re one of them, then you may be wondering where to begin.

Thankfully, there are plenty of tools and resources you can use to help get you up to speed on how the game works and how to play it well.

Get to Grips With the Basics

Whenever you’re learning something new, you should learn to walk before you start trying to run. This is especially true with poker.

Although there are many different variants of poker, they all follow the same premise: you must try to make the best hand using the cards you have available to you. Most variants follow the premise that the strongest hand is a royal flush, which consists of the ace, ten, and picture cards from a single suit.

You’ll need to make sure you’re familiar with the rankings of each hand. In your first few games, it might be useful to have a list to hand as a sort of cheat sheet to act as a reminder.

It’s also important to understand the processes involved with playing. For example, before cards are dealt, two players must make a bet. This is known as a “blind” since you’re betting without seeing what you’re betting on. One is usually “small” and one “big”, and the players making blinds changes with each round.

Each player then has the chance to fold, raise, or call. In Texas Hold’em, there are now several rounds of betting as additional community cards are dealt, though this mechanic can vary from variant to variant.

It’s important you understand all of the processes and the terminology that is used for the particular version you’re planning to play. Thankfully, you can find guides on the basics of most poker variants online, and again have these to hand while you’re getting to grips with it.

Whenever you’re learning something new, it’s important to practice, and poker is no different. You can practice with friends, though this isn’t always practical since you need to be together to do it. Instead, there are plenty of online poker sites that allow you to play for free using “play chips” which can’t be cashed in.

This way you can practice different approaches and strategies without wagering any money.

Most of these free poker platforms also offer mobile apps so you can practice from anywhere that has an internet connection.

If you’d prefer to practice in person, then you still have plenty of options. Many land-based casinos offer poker rooms that have tables dedicated to beginners, including many of the biggest names in Las Vegas.

Learn From the Pros

There are countless professional poker players, some more successful than others. Many of the best have written books that describe the strategies and techniques that they employ while playing.

Some of the best include “The Theory of Poker” by David Sklansky, “Super/System 2: A Course in Power Poker” by Doyle Brunson, and “Harrington on Hold’em” by Dan Harrington. There are plenty of others too, including some that focus on particular elements, such as “The Body Language of Poker” by Mike Caro, which focuses on how to pick up on your opponents’ tells. Many of these books are quite old now, so can be picked up quite cheaply on sites like Amazon.

Aside from books, you can also learn strategies and techniques by watching others play. Streaming services like Twitch and YouTube are packed with poker games that you can watch. On many of the biggest, they also include commentary from experts that can give you inside to what’s going on.

The biggest tournaments in poker are reserved for experienced and professional players. But events like the European Poker Tour and World Series of Poker aren’t the only competitions that poker players can take part in, though the one thing that all of these events have in common is that players must pay to enter them, with this buy-in helps to fund the prize.

However, beginners don’t necessarily have the skills or confidence to warrant putting so much on the line. Additionally, major events usually require the player to qualify, excluding most beginners.

That doesn’t mean novice poker players have to sit it out until they’ve developed their skills elsewhere. There is a way that you can enter a tournament without having to wager your own money. Known as “freerolls”, these competitions are free to enter and see each player given a set number of “play chips”. The rules of these freerolls are similar to other tournaments, with players competing until someone has won all of the chips in play.

Most online poker platforms offer a freeroll of some form, with each offering a prize of either cash or qualification to a larger tournament.

Because they’re free to enter, they’re a great way for beginners to get experience of competing in tournaments, learn some new tricks, and practice their playing strategy, all without having to hand over a penny.

The only downside to freerolls is that they attract mostly beginner players, which can make practising strategies a little more difficult because these players can often be more unpredictable. That said, they’re free and still offer a great learning opportunity.