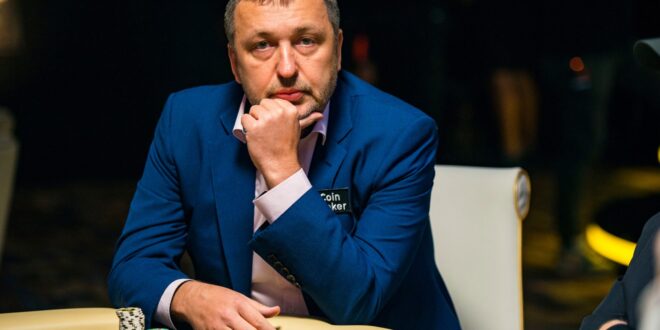 There probably aren’t many people who can boast that they have made a career from both politics and poker, however, Antanas Guoga has made a name for himself in both.  Born in Kansas, but then moving to Australia when he was 11, Antanas has certainly had a varied career. From poker championships to being a politician, he’s also a major investor in Cyptonews – a man who likes to have his finger in many pies without a doubt. However, both his better and his political career have been successful, so perhaps this route of trying to do it all is not as out there as some of might assume it to be?

Tony G has been known to play poker since he was 18 – making a name for himself with loud table talk and trying to intimidate his opponents at every opportunity. It was in World Poker Tour in 2003 than he finished fifth place in the Grand Prix De Paris. He also did well during two tournaments in 2004, which is when people really started to take notice. Since then he has won a number of big-money games, sometimes wearing a kimono in order to promote poker in Japan. He was keen to promote the playing poker worldwide, which considering you can play from anywhere in the world at places such as comeon.net doesn’t seem like a bad idea. He continued to do well and in 2008 was added to the Australian Poker Hall of Fame. He did well for a number of years until 2014 where he announced that he would not be returning to professional poker.

That said, he has taken part in a couple of high stake cash games since then, most recently in the PartyPoker “The Big Game” High Stake PLO cash game in 2018.

Antanas has been interested in politics for a number of years. In late 2022 he was elected to the Labour Party Group in the Lithuanian national parliament: the Seimas. Before this, he has been part of different parties including the Alliance of Liberals and Democrats group. He was also recognised in 2015 by Lithuania as a representative for the Politico 28 List. Guoga was nominated as a candidate for the European parliamentary elections at the summer congress of the Liberal Movement in the last week of June 2013.  He has had an interest in all manner of politics including law-making, the draft of legal acts and working with governmental and non-government organisations.

In 2016, when  Eligijus Masiulis had to step down due to alleged corrupt activities, Guoga became the temporary leader of the liberal movement, having been a member since 2014. He continued to be a member of the party until 2019. It was in March 2019 he announced he would seek to be re-elected to the European Parliament, but his party only achieved 5.13% of the national vote and did not receive any representatives in the European Parliament.

Much like his poker career, his political career has been interesting and varied –definitely worth reading up on if you want to know the whole of his political history. You’ll hear about things such as him being the only member of the European Parliament and Lithuanian to be included in the TOP 200 list of Philanthropists and Social Entrepreneurs.

If you’re new to card games, then something like poker can seem confusing – especially if you have watched professional games where they keep their cards (literally) close to their chest. However, actually, poker is a really easy game to understand and once you have played it a few times you’ll have a solid idea of the rules.

Much like any skill, practice makes perfect. Someone who plays to the standard of Tony G definitely didn’t get that way overnight. If you have friends who are into card games you could always get a few of them together for a card night – you don’t even have to bet real money to make it fun!

There are also loads of online casino websites you can play on too. Some of them have options to play for free and sometimes you might choose to play with a little money. The good thing about playing this way is that you get to play against people will different techniques and skill levels – great for perfecting your poker playing skills.

If you want to follow in the footsteps of Antanas Guoga then you’ll need to show a keen interest in all sorts of politics. You can study politics at college or university, but an interest in local (and global) issues is a big deal too. You can speak to local MPs of the party you are most interested in representing about what work experience opportunities they may for you too. Much like playing poker, experience goes a long way so the more you can get involved and learn as you go, the better your skills will be

Can I Go From Poker To Parliament?

As it stands, there are not many people that can profess to being a professional gambler and then a politician. Often the background of politicians comes under massive scrutiny when they put their selves out there to be voted for, so anything that is seen as not a solid background can affect their chances of being elected. However, Tony G has done just that, which shows that it is possible. It might not be the best career move to plan to do both, instead choosing one as a career and the other as a hobby but if you’re really determined then Antanas Guoga shows us it’s definitely possible.