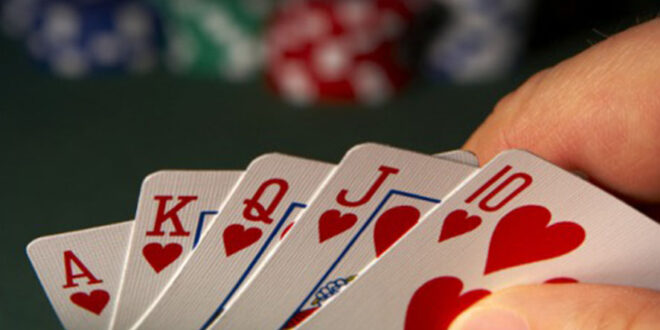 Video Poker vs Table Poker – Which One to Play in 2023

Gambling is all about fun. What’s not fun is losing all the time. No one likes being a loser, especially when there’s money involved. Losing money on casino games is what happens to a majority of players. However, this doesn’t mean they’re unlucky. Instead, the reason might lie in their choice of casino games. The thing is that some games have better odds than others.

Exactly that is the subject we’re going to focus on in this article. We’re going to discuss the odds of winning at video poker and how they differ from table online poker games. But, first things first – let’s talk about the main differences between these two versions of the popular card game.

Most similarities between the two stop with the name. Video poker is not a virtual version of table poker. While table poker is strictly a card game, video poker is more of an online slot game with poker being its theme.

This makes video poker way easier to learn than table poker. There are no special rules or hand probabilities you should be aware of. Instead, yours is just to click the button and hope for the best.

Of course, as technology progressed, casino games are getting more and more diverse. The result is that today, there are some video poker games in which your skills do play an important part. We’re talking about games like Tens or Better, Deuces Wild, and similar.

Still, no version of video poker gets anywhere need to table poker when it comes to skills. Table poker variants like Texas Hold’em, Omaha, and similar require you to be skilled not only in maths but also in human psychology. Luck doesn’t play an important role.

All casino games that have ever existed have the payback percentage that goes in favor of the casino; hence, the saying “house always wins.” In the past, casinos used maths to set the odds to their advantage. For example, in roulette with 37 numbers (from 0 to 36), the payout is 36x, meaning that if you bet a dollar on each number, you’d end up losing one.

The RTP depends not only on the game variant but also on its software. Games at different casinos come with different video poker odds, ranging from 95% to even over 99%. Although you might run into video poker games with the RTP outside this range, most online casinos tend to stick to these figures.

This makes them attractive to poker fans, but the question game developers are asking themselves is how to make video poker attractive to other poker players as well. The answer is to give the players a better chance of winning. This is the reason why the RTP of most video poker titles is much higher than what slot games come with.

Usually, video poker RTP goes between 95 and 99%. This seems to be the ideal range for online casinos, as it serves as a player magnet, while still ensuring decent profits.

Video Poker vs. Table Poker – Which Should You Play?

There’s no definite answer to this question. What we can advise you is to play the version you find more entertaining.

When it comes to the financial point of view, the answer depends on your level of skills. If you’re an absolute newcomer, playing table poker for real money might not be the brightest idea. More experienced players love the so-called fish, inexperienced players who are likely to walk away emptyhanded.

Video poker, however, is not skill-based, but relying on pure chance. Whether you’re going to win does not depend on your level of poker-playing skills or your experience. Instead, it depends on your luck.

There is, however, a bulletproof way to improve your odds of winning at video poker. Instead of playing a video poker game with an RTP of under 95%, go with the highest payback percentage you can find!

Hopefully, we managed to bring some of the differences and statistics about video and table poker. The choice which one you should play is definitely up to you. Although live-action has its advantages, you can access an online game anywhere anytime. Therefore, whenever you have a desire to test your luck or a new strategy, you can always do so.

Which type of poker do you prefer and why? If you could share this with us in the comment section, that would be awesome.